Whether you want to monitor the residence of strangers, monitor suspicious activities of employees, or protect your private property from intruders, a variety of security cameras can meet all your needs. Professional security cameras are divided into two categories, CCTV cameras, and IP security cameras.

Cameras now use security systems based on all-digital networks with additional security measures. Many new devices, such as wireless transmitters, IP cameras, web cameras, camera servers, and NVR systems, have been added to the camera system network, and these devices have become important resources that can be used in the security industry.

What is a CCTV camera?

Using traditional radio frequency (RF) technology to replace photography has proven to be an effective and cost-effective method of video surveillance. The system relies on the strategic layout of the cameras to transmit the video feed to a limited set of screens that can operate “as needed.”

What is a security camera?

They are usually installed in public places to protect the public by preventing criminal activities, or if crimes are found on cameras, they will serve as physical evidence. Professional security cameras are mainly divided into CCTV cameras and IP cameras.

They are a key component of home security solutions, with a variety of shapes and many functions.

Difference Between Cctv And Security Cameras

Closed-circuit television video systems are often abbreviated as CCTV. The term “closed-circuit” refers to an independent system in which signals can only be accessed by devices within the system.

This is in contrast to traditional broadcast television, where anyone with a receiver can access the signal. Security cameras are basically closed-circuit cameras that transmit audio and video signals to a wireless receiver, where they can be viewed and recorded. Security cameras are usually used in conjunction with security systems, whether for home security, monitoring any private property, or shop environment.

CCTV is a surveillance system that can transmit real-time video feeds to security cameras via direct connections to receivers (such as monitors). This connection usually uses coaxial cables, but fiber optic cables or twisted pair cables can also be used.

Unlike CCTV cameras, security cameras transmit the video feed as a digital data stream to the NVR (Network Video Recorder) through a single cable installation with PoE (Power over Ethernet), which literally eliminates when it receives power from the cable The need for the power cable itself.

In addition, video is stored digitally, not physically. On the other hand, CCTV cameras rely on the strategic location of the camera to transmit the video feed to a limited set of screens that can operate “on-demand”. However, since cables are required, the camera must be placed in one location.

Surveillance cameras are used in conjunction with intrusion detectors to protect assets. This is a reliable and cost-effective way to improve safety. The use of closed-circuit television systems is widely accepted for security management in public and industrial facilities.

The main goal of the closed-circuit television system is to increase deterrence through security. Security cameras are equally important, especially when it comes to security and surveillance. For example, highway camera systems are used to monitor and manage traffic flow to control parking. They are used in a variety of environments, from business to personal.

Security and surveillance cameras are available in multiple formats and designs to meet all your security needs. For example, traffic cameras are used to monitor and manage traffic flow everywhere. Closed-circuit television is generally regarded as a security tool and plays an equally important role in the field of surveillance and control. It has become a valuable tool for organizations involved in any related matters such as safety, traffic control, and crowd control.

The goal remains the same: to provide 24/7 video security solutions for various security needs. Whether it is used for home security solutions or building a monitoring system for any special environment, you can always choose the solution that best suits your needs. 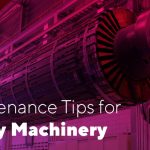 Selling Used Cars Can Be Tough; Try These Tips