This is a love untainted by any worldly interests or ulterior motives. True sisterly love is a relationship whose purity is derived from the light of Islamic guidance (Dr. Muhammad A. al-Hashimi). It is a bond that links a Muslims to her sister regardless of geographical origins, ethnicity, skin color, hair form, eye shape, or language. (It is) a bond based upon faith in Allah (subhaanahu wa ta’aala) Who is greater than all our little petty divisions.

HOW SHOULD A MUSLIMA TREAT HER SISTERS IN ISLAM?

1. SHE LOVES THEM FOR THE SAKE OF ALLAH :

This is a love untainted by any worldly interests or ulterior motives. True sisterly love is a relationship whose purity is derived from the light of Islamic guidance (Dr. Muhammad A. al-Hashimi). It is a bond that links a Muslims to her sister regardless of geographical origins, ethnicity, skin color, hair form, eye shape, or language. (It is) a bond based upon faith in Allah (subhaanahu wa ta’aala) Who is greater than all our little petty divisions.

“The Believers are but a single brotherhood….”

A love which is an expression of the sweetness of faith:

So this is not love for the sake of status, notoriety, or fame. It is a love that requires a clean heart, a light heart, a soft and pliable heart.

In the hadeeth of Mu’adh reported by at-Tirmidhi, the Prophet (sallallahu ‘alaihi wa sallam) said:

This kind of love is the only way to eliminate hatred, jealousy, and rivalry from peoples hearts.

2. SHE SHOWS THEM KINDNESS, FAITHFULNESS, AND EQUITY:

The importance of kindness is mentioned hundreds of times in the Qur’aan! Islam instills in its followers the characteristic of kindness and faithfulness towards one’s friends, including the parents of one’s friends.

3. SHE MEETS THEM WITH A WARM, FRIENDLY, SMILING FACE :

In Muslim it is reported our beloved Prophet (sallallahu ‘alaihi wa sallam) said:

The act of smiling actually stimulates the secretion of certain chemicals (endorphins) that increase our sense of well-being.

[reported by at-Tirmidhi who said it is hasan gharib]

4. SHE IS SINCERE TOWARDS THEM:

Sincerity is one of the most basic principles of Islam and a central foundation of the faith. Without sincerity, a sister’s faith is invalid and her Islam is worthless. When the first believers gave allegiance (bay’ah) to the Prophet (sallallahu ‘alaihi wa sallam), they pledged their sincerity. This is confirmed by the statement of Jarir ibn ‘Abdullah (radiallahu ‘anhu):

It is impossible to do this without sincerity.

5. SHE DOES NOT FORSAKE OR ABANDON HER SISTER(s):

The religion that calls for love continued contact, and mutual affection is also the religion (Islam) that has forbidden sisters in faith to hate or abandon one another. It is reported by al-Bukhari in al-Adab al-Mufrad:

This hadith and others tell us that prolonged estrangement from our sister is not acceptable. The longer the estrangement lasts (3 days or more) the greater the sin and the more severe is the punishment that will befall the two who are split by the dispute. Reconciliation among sisters-in-Islam is encouraged and the better of the two (disputing) Muslimahs is the first to give salaam. The Prophet (sallallahu ‘alaihi wa sallam) said:

The great Sahabi Abu Darda (radiallahu ‘anhu) used to say: “Shall I not tell you about something that is better for you than charity and fasting? Reconcile between your brothers, for hatred diminishes reward.”

[reported by al-Bukhari in Ad-Adab al-Mufrad]

6. SHE IS TOLERANT AND FORGIVING TOWARDS THEM:

Sometimes it seems so easy to become angry with our sisters in Islam about just about anything. However, the true Muslim restrains her anger and is quick to forgive her sister, and does not see any shame in doing so. Rather, she recognizes this as a good dead that can bring her closer to Allah and earn her His love which He bestows only on those who do good:

7. SHE DOES NOT GOSSIP ABOUT OR BACKBITE THEM:

The believing woman does not gossip about or backbite her sisters in Islam. She knows that gossip is haraam as the Qur’an says:

The believing woman restrains her tongue and speaks only good of her sister, remembering the words of the Prophet (sallallahu ‘alaihi wa sallam):

“Do you know what gossip is?”

‘What do you think if what I say about my brother is true?’

Being two-faced is an aspect of this. In fact the two-faced person is regarded as being one of the worst people in the sight of Allah. Our beloved Prophet (sallallahu ‘alaihi wa sallam) said:

8. SHE AVOIDS ARGUING WITH THEM, MAKING HURTFUL JOKES, AND BREAKING PROMISES:

It is reported by al-Bukhari in al-Adab al-Mufrad that our Prophet (sallallahu ‘alaihi wa sallam) said:

Arguing leads to further misunderstanding, rigidity, and is an easy opening for Iblis; hurtful jokes often lead to hatred and loss of respect, and breaking promises upset people and destroys love. We need to learn to be able to “back off” to not have the final say, to sometimes just “agree to disagree” until the matter can be resolved by someone with more knowledge. The kind of posturing and gesticulation that poisons so many disagreements is leftover jahl (ignorance). We need to run away from this.

9. SHE IS GENEROUS AND SELF-SACRIFICING:

The Muslimah prefers friendship with a Muslim over the non-Muslim. The bond of common belief forms the foundation for generosity, a basic Islamic characteristic. We are entreated by Allah (subhaanahu wa ta’aalaa) to be

10. SHE PRAYS FOR HER SISTERS IN THEIR ABSENCE:

The sincere Muslimah who truly likes for her sister what she likes for herself does not forget to pray for her sister in her absence. This is a practical demonstration of sisterly love and care. A sincere, pure prayer of this kind is the kind most quickly answered. It is reported by al-Bukhari in al-Adab al-Mufrad that,: 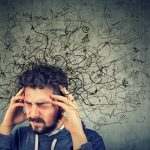 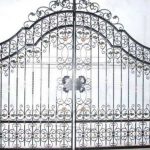 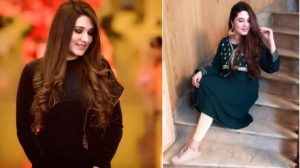