The Turkish TV series “Dirilis: Ertugrul” is very popular in Pakistan. In fact, Pakistanis like this performance, and also like Ertugrul’s great portrayal of being a hero. The show was broadcast on PTV. Now is great news for fans of this dramatic series.

The Turkish TV series “Dirilis: Ertugrul” is very popular in Pakistan. In fact, Pakistanis like this performance, and also like Ertugrul’s great portrayal of being a hero. The show was broadcast on PTV. Now is great news for fans of this dramatic series.

The main actor of the popular historical drama series Engin Altan Duzyatan came to Pakistan to open the Blue Mosque in Islamabad.

The Turkish actor is popular all over the world for playing Ertugrul as the leader of Islam. Pakistanis like this show. There is no doubt that all Pakistanis are looking forward to a warm welcome to Ertugrul Ghazi.

There are also reports that the Pakistani government has issued him an entry visa. Dustan will visit Pakistan and lay the foundation for the mosque.

It is important to note that earlier this year, the Turkish star also met terminally ill children in Pakistan through a live Facebook meeting. Duzyatan keeps in touch with three young fans of “Make a Wish Foundation”. In addition, a volunteer from the foundation sang Dirilis’ main song: Ertugrul in a live broadcast.

Duzyatan expressed his desire to work and visit Pakistan in most interviews.

When will you visit Ertugrul Ghazi Islamabad?

There are rumors that Duzyatan will visit Pakistan to attend the opening ceremony of the mosque in September. However, the exact date of their arrival and celebration is unclear. Hope this is a successful journey

The Blue Mosque of Islamabad is a replica of the Sultan Ahmed Mosque, located in Istanbul, Turkey. The Royal Mosque was built during the reign of Sultan Ahmed from 1609 to 1616. In addition, it regularly attracts a large number of tourists to its charming interior walls and elegant blue lights at night.

Duzyatan, who plays Ertugrul in the series, is now ready to visit the country in person after actually meeting some celebrities and disabled children in Pakistan.

According to Express-News, Duzyatan will open a mosque after signing an agreement with a private housing company in Lahore.

Inspired by the history of the Ottoman Empire, the actor set a new precedent for the Turkish film series. It looks like his fans will like him very much now.

The hero of the Turkish TV series Ertugrul Gazi, Engin Altan, becomes the brand ambassador of a private housing company in Islamabad.

News on social media broke that he was about to arrive in Pakistan and opened a replica of the Blue Mosque in a private company. Signed an agreement with a world-renowned private company represented by Turkey.

There are also reports that the Pakistani Embassy has issued him an entry visa, and Engin Altan will visit Pakistan this month to lay the foundation for the mosque. It should be noted that Engin Altan also met seriously ill children in Pakistan through video links.

In most interviews, he expressed his desire to work and visit Pakistan. In Pakistan, at the request of the Prime Minister, the protagonist of the “Ertugrul Ghazi” series, which was dubbed Turkish in Urdu, was praised on national television.

Engin Altan (born July 26, 1979) is a Turkish film and television actor. He is known for his role as Ertugrul in Dirilis: Ertuğrul.

He made his first appearance in the TV series “Ruhsar” and later appeared in Istanbul’s Yeditepe, Koçum Benim and Twilight. In 2005, he worked in the Beyza’nın Kadınları film directed by Mustafa Altıoklar and Kalbin Zaman. In 2007,

Duzyatan appears in the Sevgili Dünürüm series along with Haluk Bilginer, Sumru Yavrucuk and Nevra Serezli. His next roles are in the movies “Heaven” (2008) and “Graduate” (2009). In 2009, Melissa Suzin and Engin Akyürek, which he co-created with Meral Okay, played Dr. Serdar Batur in the Bear Bulut Olsam series.

Duzyatan has appeared in romantic comedies, including Five Minarets in New York and A Handful of Sea in 2010.

It is also listed as one of the most influential Muslims in the 2020 Muslim 500 publications. 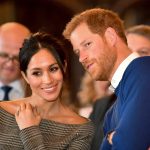 Do You Know What Meghan Markle Best Spare Time Activity Is? 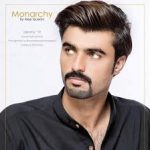 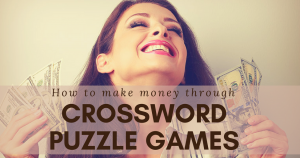 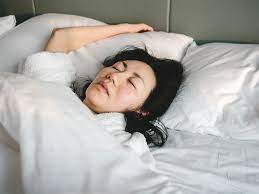