After outcry, Microsoft reverses course and goes a step further.

Less than a day after announcing a price increase for Xbox Live Gold subscriptions on Friday morning, Microsoft reversed course, following widespread condemnation of the decision by customers and the media throughout the day. In an update to its Xbox Wire announcement posted at 11:52 p.m. EST under 15 hours. After the article was originally published Microsoft acknowledged that it “messed up today” and “failed to meet the expectations of players.”

“We messed up today and you were right to let us know,” said Microsoft. “Connecting and playing with friends is a vital part of gaming and we failed to meet the expectations of players who count on it every day. As a result, we have decided not to change Xbox Live Gold pricing.”

That means the prices for the current tiers — $9.99 for a one-month membership, $24.99 for three months, and $39.99 for six months — will remain in effect. (Microsoft itself does not sell 12-month subscriptions anymore, but they are available at retail for $59.99.) “New and existing members can continue to enjoy Xbox Live Gold for the same prices they pay today,” Microsoft said.

Saying that “in many markets, the price of Xbox Live Gold has not changed for years and in some markets, it hasn’t changed for over 10 years”. Microsoft had planned to hike the fees to $10.99, $29.99, and $59.99, respectively. That would have effectively doubled the price of an annual membership to just under $120 — twice the cost of PlayStation Plus and six times the cost of Nintendo Switch Online.

In addition to announcing that it has decided against raising the prices of any Xbox Live Gold tiers. Microsoft pledged to remove the requirement of a Gold subscription for free-to-play games “in the coming months”. Part of the complaints about Microsoft’s proposed price hike pointed out that although Sony and Nintendo charge subscription fees for online multiplayer gaming. Free-to-play titles such as Fortnite and Warframe are exempt from that requirement, except on Xbox One and Xbox Series X. Where subscribers must have an active Xbox Live Gold membership to play them. (Halo Infinite developer 343 Industries had also announced last summer that the game’s multiplayer component would be free-to-play.)

“Free-to-play games will truly be free and you will no longer need an Xbox Live Gold membership to play those games on Xbox,” said Microsoft. “We are working hard to deliver this change as soon as possible in the coming months.”

A major element of the blowback to Microsoft’s proposed price increases for Xbox Live Gold was that they seemed like a transparent attempt to push customers toward the company’s higher-priced Xbox Game Pass Ultimate service. Microsoft has increasingly touted the size of its Xbox Game Pass player base, announcing in September that it had topped 15 million subscribers.

By itself, Xbox Game Pass costs $9.99 per month on either Xbox consoles or Windows PC. The Ultimate tier, which goes for $14.99 a month, covers both platforms and also includes Xbox Live Gold. Along with Electronic Arts’ EA Play and Microsoft’s cloud gaming service, xCloud. It’s certainly a better value than paying for Gold and Game Pass separately. But not everyone can afford to do that. And not everyone wants to, especially if they’re primarily interested in free-to-play games.

Late Friday night, Microsoft updated its announcement of planned Xbox Live Gold price hikes. Saying it had listened to customer feedback and, as a result, had decided against raising prices. In addition, the company said that “in the coming months”. It will no longer require a Gold subscription for free-to-play games.

We’ve edited the article to reflect this update. 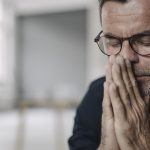 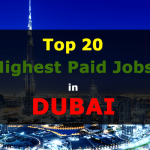 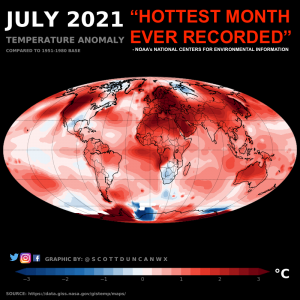